Continuing with tradition, prompted as usual by Jim Goldstein’s annual project, I chose twelve photos published on this blog this year, and present them below as a retrospective for the year. If you’re interested, you can also see my earlier selections for 2017, 2016, 2015, 2014, and 2013.

If you’re here just for the photos, skip down to the bottom of this post for a gallery. Otherwise I’ll start with a summary of this year and then will say a few things about each of my chosen photos.

This year was a busy and eventful one. Photographically it has followed the pattern of the last few years since we moved back to Malta. That is, not as much photography as I was used to in England, simply because of the time taken by my other pursuits. However, I think I’m getting to a better balance of things. In terms of number of photos taken there has been a consistent increase over the last two years. This year it’s due at least in part to my increased travel. Work has taken me to Bordeaux, Nicosia, Reykjavík, and Singapore, and luckily R was able to join me on the Iceland trip. I have found the smaller Canon EOS M5 very convenient for trips where photography isn’t a very significant concern (looking at you, work-trips, except of course Iceland, because, you know, Iceland). There was also our usual holiday in the English Lake District, and this year we added a couple days in Guildford to meet up with old friends. The number of photos processed is largely at the same level as last year. Not surprising given that many travel photos were more of a personal souvenir than anything else. This also shows up in the selection below: three photos are from England, three from Iceland, the remaining six from Malta.

Rock climbing remains my primary outdoor activity, though this year I stepped that down a notch. By way of comparison, I have been out climbing on 74 days so far this year, compared to 119 over 2017. I continued with the trad climbing interest, exploring the old routes and also creating new ones (with my good friend Hendrik-Jan). So far I have led 39 routes in traditional style (up to HVS, so not hard stuff), including a handful of first ascents. Mentioning that, a personal highlight this year was the setting up of new routes in Wied Anġlu. I also left the committee of the Malta Climbing Club, over fundamental disagreements.

This left more time for other things, of course. I have been practising archery a bit more consistently, I have been out swimming more often (in the warmer months) and the number of rainy weekend days (in the cooler months) translated to some lovely walks.

As last year, none of the chosen photos are film, because frankly I haven’t been shooting much of that. There’s a film in my Elan II that is still waiting to be finished. I enjoy it, but I think I still need to figure out where it fits in my photography. All this also depends on the context for my photography: if I’m off for a walk I generally just take the EOS M5 if I’m not thinking much about photography, or my usual setup with the 6D, tripod, filters, and a couple lenses, for more photo-oriented outings. The convenience of digital is hard to beat, and the dependability of a setup I know so well makes it an easy choice.

For the selection of photos, I have done the same as previous years. Instead of trying to figure out which were my best photos, I went with the easier choice of twelve photos that are meaningful to me, while also being representative of my work.

Now that we’re done with all that preamble, allow me to present the chosen photos in a sort-of thematic order below.

I’ll start with the photos from England. The first is from Winkworth arboretum, near Guildford, where we met up with a couple of friends (and former colleagues) from the years we lived there. Both are also keen photographers so we chose a venue that gave us the opportunity to indulge as well as catch up. The bluebells were in season at the time, and Winkworth is a good option for anyone looking for this kind of thing. I have taken many photos of bluebells in my time in England, and this is one of my favourites.

A holiday in the Lake District has become an annual thing for us, and in the last few years (since we moved back to Malta in fact) we have settled on Keswick as a base, as it works so well for both of us. Even if one doesn’t feel like driving anywhere, Keswick offers plenty of opportunity for walking. One of our favourite easy ones is to walk along the east shore of Derwent water, then cut across country at some point to reach the road heading back into Keswick, and continue through the churchyard of St John’s. In spring, one generally sees rabbits scurrying around here. The place is so peaceful, one can easily contemplate spending eternity there.

On another walk that R and I did together, we headed across the moors to Shap Abbey. It started as a rather dismal day, with rain and as I recall a stiff breeze. We also had a bit of an adventure involving a muddy field and a gate we needed to cross. Getting to the abbey was undoubtedly the high point of the walk, though. As we were about to leave, the skies started opening up.

The next set of photos are from a short visit to Iceland. I was there for a conference, and we made the most of the little free time I had by visiting the tourist haunts. One of these was the Sólheimjökull glacier. Getting to it involved a bit of walking, which I think was useful to appreciate the scale of it all.

Another venue was the Seljalandsfoss waterfall. This is the one you can walk behind. Which I did, of course. I took several photos of this fall, and this is the one that made the cut for this retrospective, simply because it isn’t one of the classic views.

The final photo from Iceland is a long exposure of the Sun Voyager sculpture in Reykjavík. We headed there early on our last day, enjoying a quiet stroll around the city itself. There were, of course, several tourists, so we had to wait a bit for the I-was-here Instagram-picture-takers to do their thing.

It’s easy to forget just how many photo opportunities exist in one’s backyard, so to speak. So I try to make an effort to do photo outings whenever I can. On this particular one, I wanted to shoot photos of the light reflecting on the sea. This changes a lot, and the light reflected off the waves is a perfect memory of summer to me.

On another photo-oriented walk, I came across a nicely backlit bajtra tax-xewk. I already had my long telephoto on, so it was easy enough to find a suitable composition. This plant can be found throughout the island, and its fruit is popular (and tasty). While it’s not indigenous, I couldn’t really think of a better reminder of the island of Malta.

This photo was one I had planned in advance. R and I headed out near Mdina to shoot this timelapse of the lunar eclipse. Well, half of it, really, as we didn’t want to hang around for another couple hours, and I thought it wouldn’t add much photographically anyway.

The walk down to the inlet at Il-Qaws from Mtaħleb is one of the lovelier short walks on the island. I went there with a soft plan walk-wise; I wanted to take some photos at the inlet, and then decide whether to walk along the cliffs for the long way back. In the end, I spent enough time at the inlet that I decided to just head back the way I came. And along the way took the photo of the bajtra tax-xewk.

This is a rather recent photo, from a morning walk in Iklin and Naxxar. The main intent of this leg was to take a photo of the chapel dedicated to St Michael. And while that was good, I prefer this photo, a surprise view of the old and new parish churches of Lija. As it happens, this is the only photo in this set taken with the Canon EOS M5.

My final photo is one of the chalice at the presentation of the Last Supper at Lija. I find it tricky taking photos under these conditions, as the direct light makes for extreme contrast situations that cannot really be manged with filters. As I was walking around looking for suitable framings, someone opened the main door of the church, and the light coming in made for a perfect composition.

Well, I hope you enjoyed this selection. You can also see the selection as a gallery below; click on the gallery to navigate through the images. 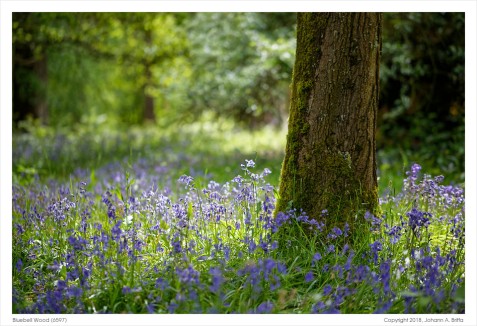 Bluebell Wood. (Click on the photo for added detail.)

St John Keswick. (Click on the photo for added detail.)

Shap Abbey. (Click on the photo for added detail.) 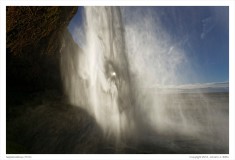 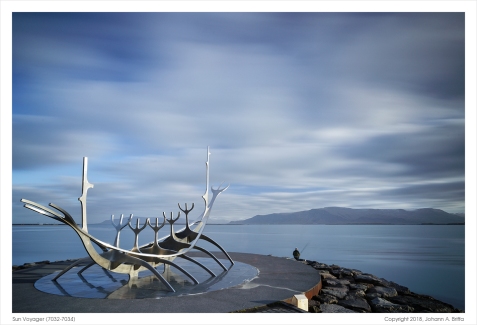 Sun Voyager. (Click on the photo for added detail.)

Golden Reflection. (Click on the photo for added detail.) 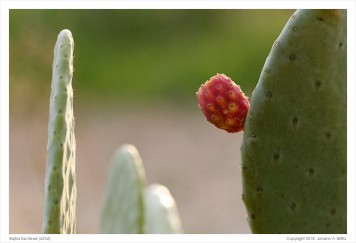 Lunar Eclipse Over Mdina. (Click on the photo for added detail.) 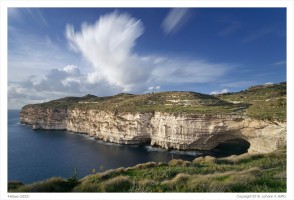 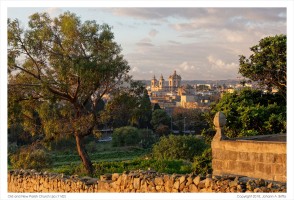 Old and New Parish Church Lija. (Click on the photo for added detail.)

9 thoughts on “2018: A Photographic Retrospective”

This site uses Akismet to reduce spam. Learn how your comment data is processed.

Except where otherwise noted, content on this site is Copyright 2007-2022 Johann A. Briffa. All rights reserved. Should you wish to license any material, or if you’re interested in prints, please feel free to get in touch.