Every year I intend to get started earlier on my usual retrospective, with limited success. I suppose any step in the right direction is a good thing though, and I am publishing this a week before I did last year. So there you go. As usual, this selection of photos is prompted by Jim Goldstein’s annual project, in my case for the fourth time. You can see my earlier selections for 2015, 2014, and 2013.

If you just want to see the photos, skip down to the bottom of this post for a gallery. Otherwise I’ll start with a summary of this year and then will say a few things about each of my chosen photos.

This has been a very particular year. I have done much less photography than I used to; the total number of frames is even less than last year, which was already low enough. This year I haven’t even been walking much – I think I’ve only been on a handful of walks. This has come about for a number of reasons. After a year I had pretty much done all the good circular walks, so there seemed little point in repeating things, particularly with a large group. I generally prefer to be in the company of few people, which seems to be something I share with many photographers, and also with many scientists. Finally, this year I put a lot more effort into my climbing. I am serving on the committee of the Malta Climbing Club (as general secretary) and was out climbing every chance I got. I guess it’s enough to say that so far I had 112 climbing days this year, including today. That’s already more than double what I did last year, and accounts for over 200 clean leads, or four times as much as last year. I also broke my earlier 6a lead best, with a couple 6c/6c+ and a number of 6b/6b+ clean leads. I’m mostly on-sighting 6a now, which feels fantastic.

I have tried taking my camera with me on climbing outings, but this is something I still need to work on. On a positive note, though, this year I have also started experimenting with video. I don’t aspire to be anything on this medium, I know I just don’t have the time. But I will continue to work on single-shot videos, using the tiny Mobius, the DSLR, and also the high-speed camera. Keep an eye out for these if you like that kind of thing.

Travel was again rather limited, with a couple of work visits (London and Heraklion) and a short holiday in the Lake District. For the last one I took my camera gear of course, and have a few images I’m happy with. In fact, two of these made it into this list; the rest are from Malta.

For the second time running, all the chosen photos are in colour. This is odd, because I really like black & white photography, but it seems I’m not doing much of it. I am set up sufficiently well for film work now, so I should really ramp that up.

Otherwise, the chosen photos for this year show some diversity. This is intentional. Rather than trying (in vain, I’m sure) to figure out which were my best photos, I went with the easier selection of twelve photos that are representative of my work, and also photos that I am particularly attached to. Astute readers will notice that a number of the subjects of this year’s photos also showed up last year. This is not only because there’s a limit of interesting big subjects in a small island, but more pragmatically because every subject permits treatment in varied ways, so I will keep re-visiting old favourites.

Now that we’re done with all that preamble, allow me to present the chosen photos in a sort-of thematic order below.

I decided to start this selection with photos from the Lake District. The first one is a view of Derwent Water from near Friar’s Crag. This is a very special place, and the photo reminds me of walking down there with R from where we were staying in Keswick and soaking in the atmosphere as I took my photos. It’s one of those places I know I will return to.

The second one is special for a different reason. For the first time in any of our visits to the Lake District, photography was part of the plan. So the evening I took this I went out again after dinner, driving the short distance to Castlerigg to take some photos in the late light. When I was done with the planned shots (of the stone circle) I took the camera off the tripod and started exploring other options I had not planned for. This was one of them, of the Helvellyn range to the south. I just love the layers in this photo, and I can immediately recognize the fells from their distinctive features.

This was another unanticipated photo. After a series of landscape photos with the chapel at Mtaħleb, taken as an exercise in variations, R and I went for a short walk in the direction of Miġra l-Ferħa before heading back to our car. We were observing a storm cloud in the distance, and I took a few photos featuring it. This is the one I like best.

This tower featured already in last year’s list. This time, however, it gets a very different treatment, with a super-telephoto lens from the other side of the bay. This reminds me of M, and old friend of ours who had just bought himself the Sigma 150-600 lens, and of the lovely walk where we took the lens out for a spin.

Last year (I think) I decided to start taking photos of the (very) many chapels and small churches that dot the countryside. This year I started making some progress on this long-term project. This particular chapel, however, was one I had already photographed before; indeed, another photo is in last year’s list. This one, however, is one I much prefer. I had my camera with me on a climbing outing, and this photo brings back memories of the almond blossoms (that you can see here). They flowered very early in the year, because the winter was dry and warm, so the poor plants thought that spring was already here.

This chapel took a bit more work, as it was tricky to find just the right vantage point. R really liked this, and I returned here with her not long after. It’s a very peaceful place, only a short distance from a busy town centre.

Now I had to have some cliffs in this selection! While many cliffs that I know much better didn’t make the cut, these did. I went on this walk at Il-Majjistral specifically to take this photo.  Planning works, and this is a good reminder. It’s also a good reminder to me that solo walks with a camera are a good thing.

Equally, I wanted to have some photos of the coastline. I am rather happy this is the one that made the cut, as it’s at the stretch of coast I prefer most, near Lapsi. Filfla in the distance is a very distinctive reminder of our south-west coast with its cliffs and many climbing opportunities. (Filfla also showed up in last year’s list.)

The sea is not just fun and games, however. When the winds pick up, it can get rough. Sure, we don’t see ocean-scale waves here, so I’m sure this looks mild to those who live in places battered by the Atlantic. Still, people have come to grief in these bays, particularly because of the treacherous under-currents. I went to Għajn Tuffieħa specifically to take some photos of the rough seas, though by that time the worst of the weather had passed.

This was an easy photo to keep in. I’m really happy with it, not just because the random contents just seem to work in an aesthetically pleasing way, but it carries a deeper meaning. A reminder that the same earth that is so fertile after the rains, also gets completely dried up and desolate if the rains don’t fall.

This is another photo from one of those climbing outings, this time of a very small subject. As luck would have it, I found out just last week that this plant, the Mediterranean Heath, is known locally by many names, or formally as Erica multiflora. I never expected to be much of a macro photographer, but I must say that this lens quickly became a favourite.

As a final photo I’ve included one I actually took about this time last year. Still, as I only shared this in 2016, it was up for grabs. It’s the only product photo I took, and this serves to remind me just how much I enjoy doing this type of photography. It may take forever, it may be technically rather challenging, but that’s half the fun.

Well, I hope you enjoyed this selection. You can also see the selection as a gallery below; click on the gallery to navigate through the images. 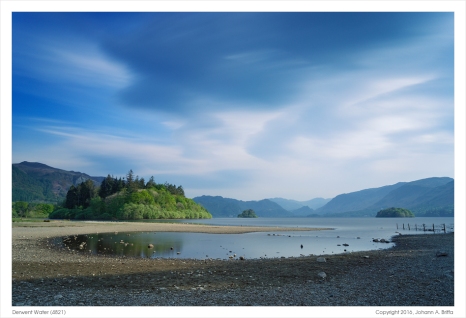 Derwent Water. (Click on the photo for added detail.)

Late Light on the Fells. (Click on the photo for added detail.)

Approaching Storm. (Click on the photo for added detail.)

Għajn Tuffieħa Tower. (Click on the photo for added detail.)

Rocky Coastline and Filfla. (Click on the photo for added detail.)

Rough Seas at Għajn Tuffieħa. (Click on the photo for added detail.)

Baked Earth. (Click on the photo for added detail.) 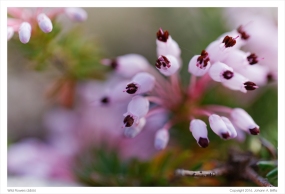 Wild Flowers. (Click on the photo for added detail.) 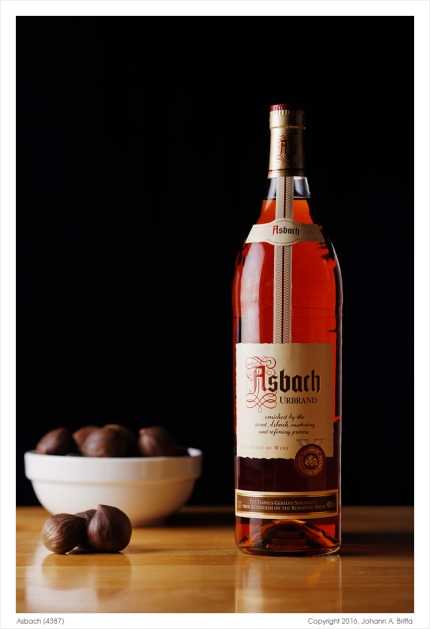 This site uses Akismet to reduce spam. Learn how your comment data is processed.

Except where otherwise noted, content on this site is Copyright 2007-2020 Johann A. Briffa. All rights reserved. Should you wish to license any material, or if you’re interested in prints, please feel free to get in touch.